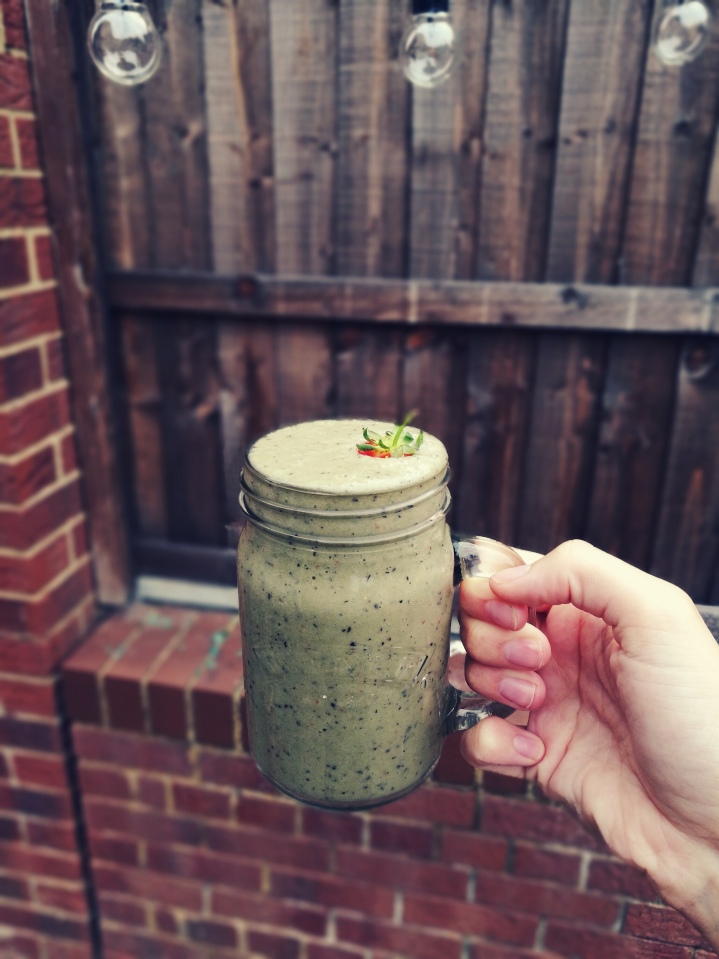 I bloody love a smoothie!

Grabbing randomness from the fridge and turning it into something is just so satisfying!

Every single ingredient were remains from different corners of the fridge/freezer! So weren’t really measured or planned out.

All on their way to food heaven, I could have been lazy and grabbed a slice of toast or a bowl of cereal BUT instead I took lemons and made lemonade 😎

Most of my smoothies tend to end up looking like this (green) as I stick to the same sort of things SO… I’ve made it my mission to try different ingredients!.

Hell I’m just going to make my way through the rainbow!

Hello! I'm Jordan...a recovering hypocrite, helping diet-culture dropouts UNDO the damaging beliefs holding the back from a HEALTHY HAPPY relationship with their body and food.